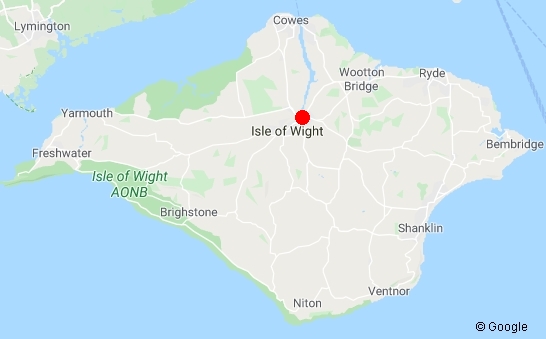 Newport is the Island’s ‘county town’. It was ‘purpose-built’ to be the main town of the Island (present day county town). The fact that it is built on the River Medina is of the utmost importance; it was literally a ‘new port’. It also significantly lies geographically right in the centre of the Island. The town had strong trade links with the mainland via the river, and the layout of the streets still reflect its early beginnings, with a medieval grid pattern of streets. It never had a town wall. The earliest written reference to it is in 1180, in a charter which states that it was founded by the first Richard De Redvers who came over with William the Conqueror.

Our tour traces Newport’s fortunes from the time that it was built, right up to the present day. We visit the historic St. Thomas’s Church (now Newport Minster). You will have a guided tour round the church. Interestingly, the name St. Thomas derives from two, not just one saint of that name! Prince Albert had a hand in its design, as it was rebuilt in 1854 after the royal couple were already in residence on the Island. During the rebuilding of it – a surprising coffin came to light in the basement – hence it now contains a magnificent memorial to a previously long-forgotten Royal personage! There is a lot in the church which is of great interest, as there also is in St. Thomas’ Square and The Guildhall across the street (designed by John Nash). Meander along the enchanting Watchbell Lane, as well as discovering what is so special about God’s Providence House (aside from its lovely cakes!) We pass the quaint quay with its lovely old warehouse buildings – one now converted into the thriving Quay Arts centre. You will also hear about John Milne, former local resident who became a famous seismologist after spending 20 years studying in Japan and subsequently developing equipment which revolutionised the study of earthquakes. Listen to the sad tale of the chimney sweep boy Valentine Gray, but which at least had a happy ending in the sense that it led to reform and a new Act of Parliament, as well as several other interesting tales spanning the Medieval, Victorian, wartime, and modern eras.