Ventnor to Bonchurch – as a Literary Colony 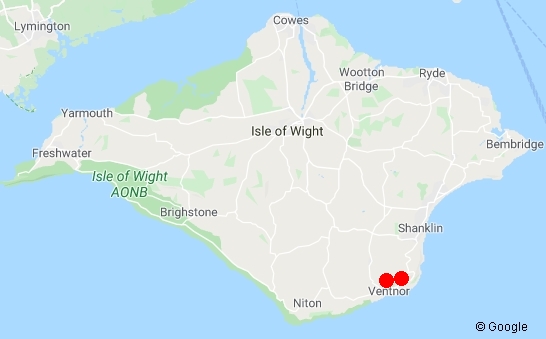 Bonchurch, often referred to as a suburb of Ventnor, actually existed long before Ventnor did. The village itself remains as if time has veritably stood still over the centuries. Charles Dickens stayed here for a while when writing David Copperfield, and it was also home to the 19th century poet Algernon Swinburne. Tennyson came over here to visit (from Freshwater). The old 12th century church is one of the smallest churches you will find (48.6 feet long by 12 foot wide). It is dedicated to St. Boniface, who converted the Island to Christianity (the last place in the UK to be converted). From here he sailed to Germany to do the same thing. Not only is this walk interesting and informative, but you pass some incredibly beautiful scenery (e.g. Bonchurch Pond) – bursting with wildlife. If you are lucky and find it open – do also take a look inside Bonchurch Pottery – perfectly located right on the water’s edge and with a unique and often truly sea-inspired theme for their ceramics. Bonchurch has always attracted not only writers, but artists of all other persuasions. You will discover a wealth of interesting and varied facts walking the short distance from Ventnor to Bonchurch, including about many well-known characters with Island connections – including Winston Churchill and Gandhi! Above all – this is an inspiringly scenic walk, oozing tranquility and old-world charm.